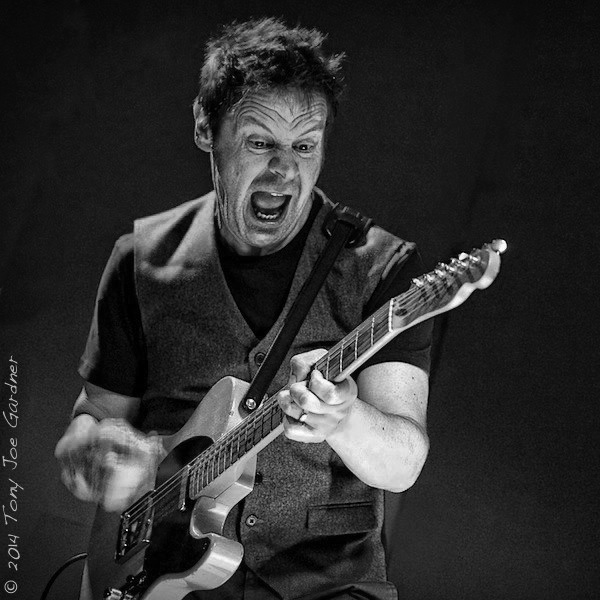 Ron Sayer Jr. is the consummate ‘Guitarist’s guitarist’. As a trained music teacher having influenced the learning curves of the likes of Oli Brown, Sol Philcox, The Sharps & Mark Howes of Dove & Boweevil he’s now a mainstay on the UK blues circuit. He was nominated for no less than four awards in the British Blues Awards in 2013 in the album ‘Better Side’, band, song ‘Don’t Make Me Stay’ and guitarist categories walking away with runner-up in band of the year, he also co-wrote Oli Brown’s third album ‘Here I Am’ and won another British Blues Award for co-writing the title track. He was voted Guitarist Of The Year by Guitarist Magazine, was voted 4th Best Bassist in Blues Matters Magazine and has a degree in music to boot. He has worked with/supported Buddy Guy, John Mayall, Matt Schofield, Nine Below Zero, Ten Years After, Robin Trower among others.

We use cookies on our website to give you the most relevant experience by remembering your preferences and repeat visits. By clicking “Accept All”, you consent to the use of ALL the cookies. However, you may visit "Cookie Settings" to provide a controlled consent.
Cookie SettingsAccept All
Manage consent

This website uses cookies to improve your experience while you navigate through the website. Out of these, the cookies that are categorized as necessary are stored on your browser as they are essential for the working of basic functionalities of the website. We also use third-party cookies that help us analyze and understand how you use this website. These cookies will be stored in your browser only with your consent. You also have the option to opt-out of these cookies. But opting out of some of these cookies may affect your browsing experience.
Necessary Always Enabled
Necessary cookies are absolutely essential for the website to function properly. These cookies ensure basic functionalities and security features of the website, anonymously.
Functional
Functional cookies help to perform certain functionalities like sharing the content of the website on social media platforms, collect feedbacks, and other third-party features.
Performance
Performance cookies are used to understand and analyze the key performance indexes of the website which helps in delivering a better user experience for the visitors.
Analytics
Analytical cookies are used to understand how visitors interact with the website. These cookies help provide information on metrics the number of visitors, bounce rate, traffic source, etc.
Advertisement
Advertisement cookies are used to provide visitors with relevant ads and marketing campaigns. These cookies track visitors across websites and collect information to provide customized ads.
Others
Other uncategorized cookies are those that are being analyzed and have not been classified into a category as yet.
SAVE & ACCEPT
Powered by